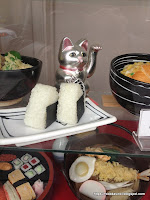 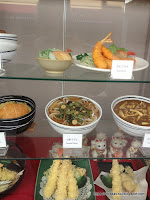 DOJIMAYA Udon was right down the block from the Hilton SF Union Square on O'Farrell.  I was attracted by it because of the display.  There is something about the little beckoning kitty cat and all those realistic plastic dishes in the display case.  Just bring back the memories of our Sunday trip to ISETAN in Japan.  Anyways, there was a long line there as well.  Many Japanese were dining in there.  It must be good, right? 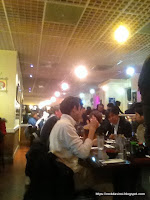 I quickly noticed the bar counter, and I managed to get a seat quickly for myself.  I ordered the TERIYAKI Salmon and Tempura (not very creative and not my real favorite).  The guy next to me had a large bowl of NABE Udon.  It looked so good.  That's what I should have ordered.  But here is my dinner.  I was surprised by the tasty jumbo shrimps.  They were really jumbo.  Salmon tasted fresh, I enjoyed the meal.  But when they brought a bowl of rice, I thought, wow, they must be really busy.  I know this is a UDON ya-san, but it's a "Japanese" restaurant.  They are familiar with 'rice' and how to cook it.   I ate the rice reluctantly.  It was like the mushy rice that they scooped from the end of the bottom of the rice pot.  The next evening, it was a down pour in SF.  I was coming out the of the class very late, and don't know where to go for dinner so late, so, I decided to go back to DOJIMAYA  and ordered the same thing.  When they brought out the bowl of steamed rice, I knew then that they don't care.   That was disappointing. 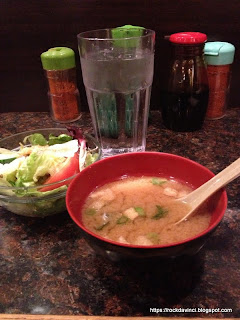 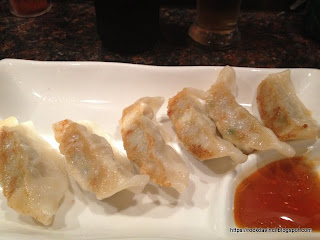 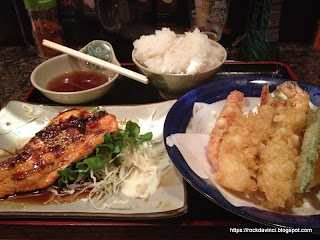 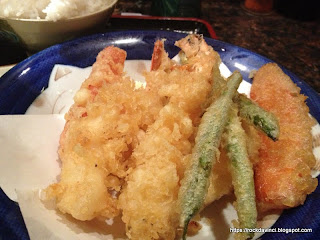 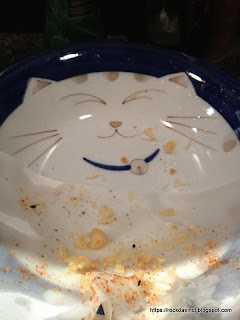