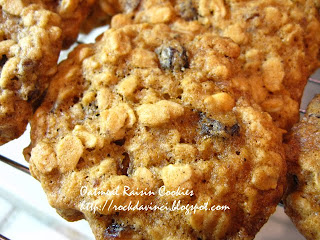 Every family has a favorite cookies in their cookie jar.  Mine has been empty for sometime.  After my last bottle of Cinnamon was used up last year, I was in search of the real cinnamon.  Sadly, including McCormick's cinnamon I purchased a few months ago was made from Cassia or the Saigon Cinnamon.  (I asked and they responded/confirmed via e-mail.)  So, what happened to the Cinnamon trees?  Did it get cleared off the land?  Not sure why our market / grocers are selling "Cassia" with high content of Coumarin - toxic to human when consumed in great amount.  Or maybe they are not aware because most of us are not aware of it either.  I hope some of you can pass it onto your friends about it, so we can get the true cinnamon, also called Ceylon cinnamon back to local grocery stores.  Check this info at:  http://www.ceylon-cinnamon.com/Identify-Cinnamon.htm
So, I got hold of the true cinnamon from India, and decided to bake my favorite oatmeal cookies.  But I want it to be chewy.  The last few times I tried, as it seems that my cookie hands have disappeared with the cinnamon jar, I cannot find that ingredient ratio combination to make it work.  My office co-worker, he bakes a decent cookies, consistently.   But I like chewy.  Not cakey.
This time I succeeded.  With Good Cinnamon, it can't go wrong. 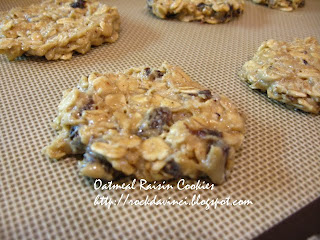 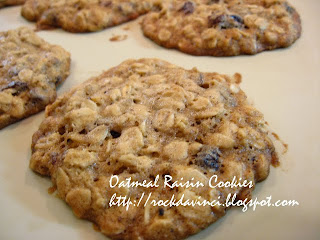 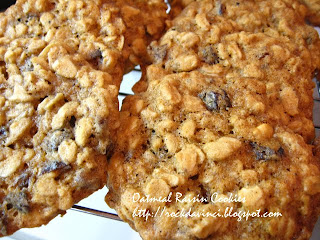 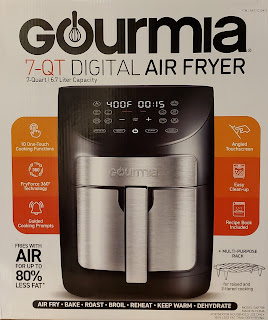