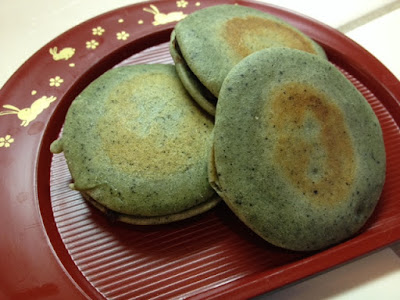 This pastry looks like a pancake, but it's more like mini Japanese KASUTERA cake in round shape filled with sweet Red Beans.  DORAYAKI is a pastry filled with sweet red beans sandwiched between two round thin cake.   This type of pastry as I recall is a specialty that we buy from stores.  Japanese kitchen back 50 some years ago did not come with modern kitchen equipment as we know today or even available.   The most high tech gadget was the electric rice cooker.  It's almost like everything we ate and sold were made by family of that trade and by tradition.  The store bought DORAYAKI is actually waaaay too sweet for me.  So when I saw the recipe in the magazine and on Internet, I gave it a try. 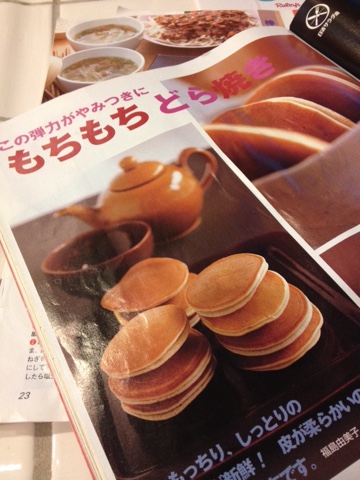 The first recipe included MOCHI powder. The recipe was tested by the magazine's test kitchen staff in search for  crispy outside, chewy soft inside pastry.   How did it turn out with mine?  Naaaa, even though I opened and used the expensive SHIRATAMAKO (sweet rice granules), the recipe method did not fare out as I had hoped for.  I added YOMOGI powder after first round to add more flavor.  Basically, the cake remain quite flat even with a teaspoonful of baking powder.  Back to drawing board to retest. 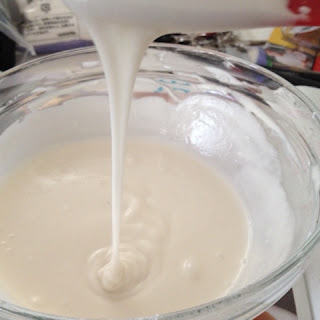 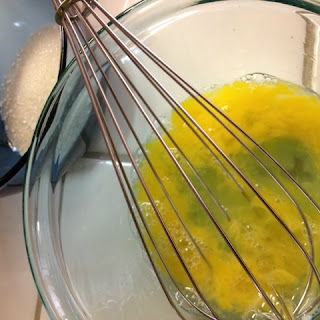 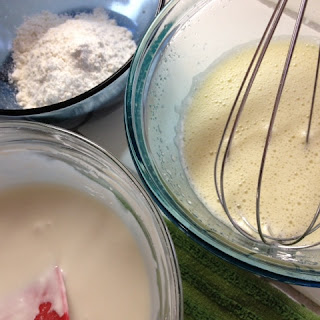 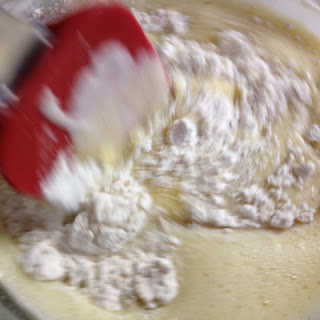 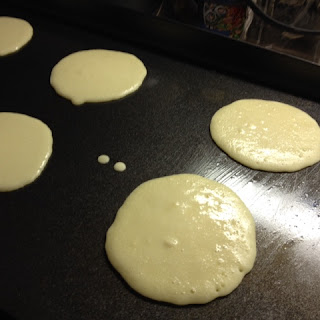 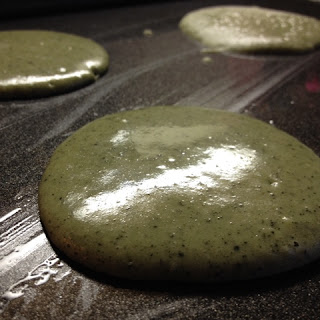 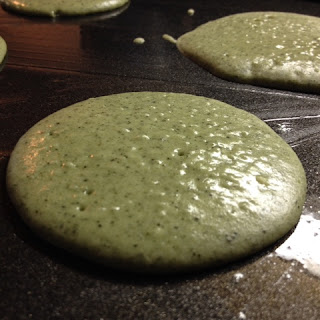 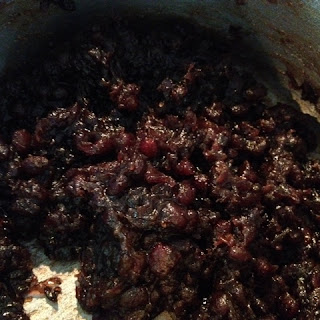 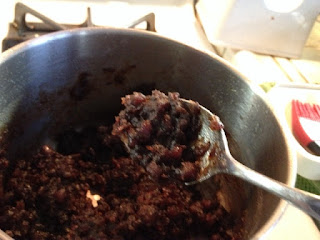 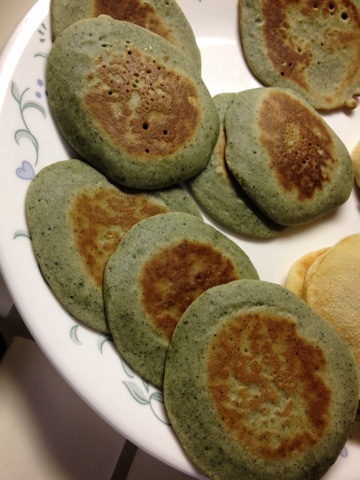 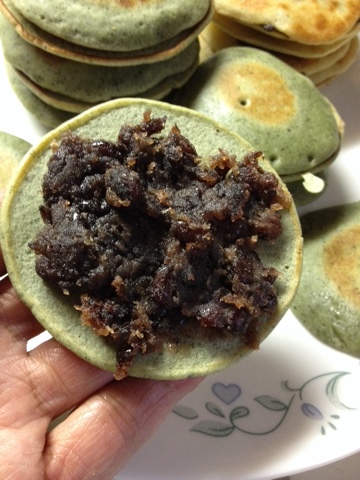 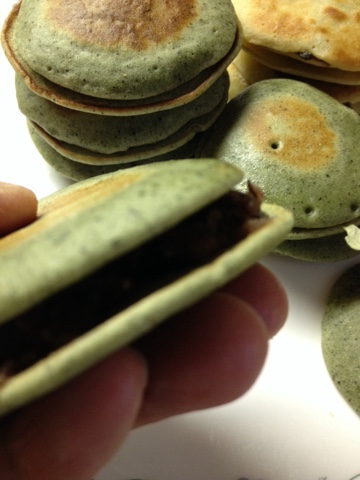 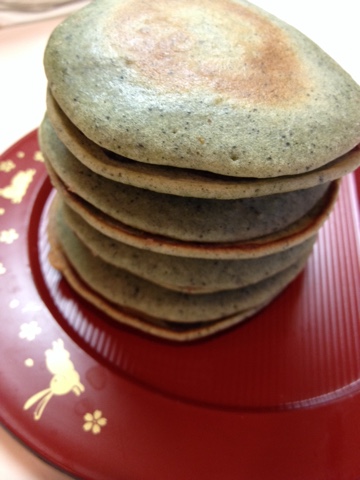