There are varieties of recipes of pastries and main dishes that normally would had been just purchased from the stores (back in the old days).  I made the meat filled dumpling in the shape it described and into couple of other familiar shapes. It was fun.  What I liked about this recipe is the result of the skin.  It turned out really nice.   It's another keeper. 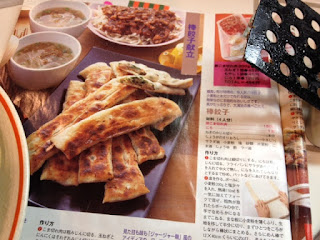 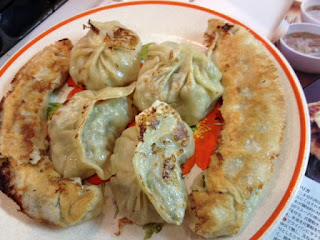 I normally cook only one side, but for the test I fried the other side a bit.
And while rolling out another batch, an idea came and I cut the baton shaped dumpling with Ravioli cutter.  Voila! A bite size GYOZA. 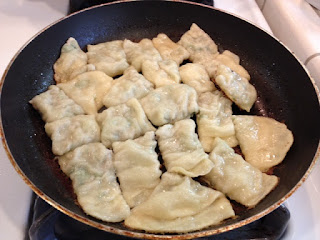 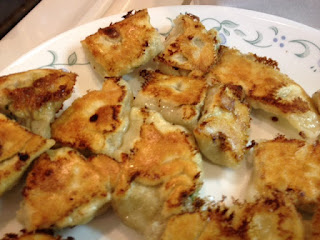